This may seem a little off topic but anything that deals with the deleterious intersection of the criminality, incompetence and evilness of western governments (especially the US) is pretty important for Single Dude’s to understand.

This is part two of my series about the Peter Principle. My last article touched on the Tsarnaev Brother’s case. The Peter principle is involved in all the layers of government. The more concentrated the power of government, the more ignorant the people become. The following story is of my own personal dealings with local law enforcement. Try not to cringe at the stupidity of those who are employed by the taxpayers “to serve and protect”. 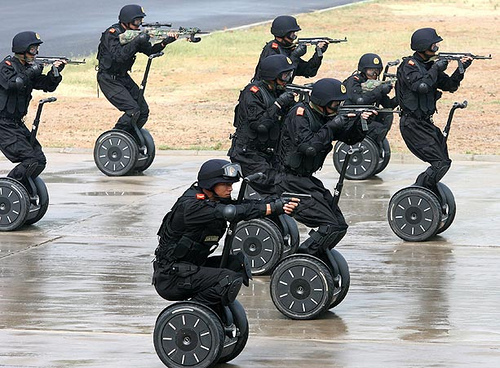 A few years ago I worked at a gas station. One night on a Halloween weekend I was robbed at knife point. I knew who the robber was with absolute certainty. It was a regular customer at the store. He came into the store nearly everyday. Over the course of a couple of months he had lost his job and became desperate. The last time I had seen him before the robbery he stole booze from the store. Same build, same voice, same behavior patterns.

That Saturday night many people had come into the store wearing costumes. It was the party night the day before Halloween. Mostly college kids buying beer. I have to give the guy credit, it was the perfect night to commit a robbery. However, he was caught off guard from the beginning and made some mistakes. These mistakes led me to act in a different manner than if it had been a stranger.

Right before the robbery I was outside smoking a cigarette. It was within an hour of closing so I had just finished cleaning and counting stock. Before I walked outside I had dropped all the money in the register into the safe except $30 dollars and coin change. As I was outside smoking this man walked up from around the corner of the store in the blind spot of the parking lot lights. He was wearing a a mask that had been a winter cap with eye holes that he had cut out himself. He was wearing a trench coat, shorts, grey work gloves, and white Reebok sneakers. 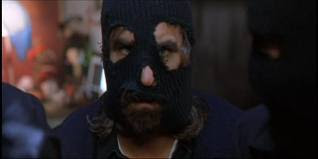 He was prepared to for a quick robbery. Not for me to be standing outside the store. I wasn’t caught off guard. I was amazed at the sheer stupidity at his failed sneakiness. I stayed outside and continued to smoke. He started talking to me and continued the conversation as I finished smoking. I reminded him that his face was covered and I asked him if he was going to a Halloween party. He started to slightly panic and pace.

He opened the door for me and continued into the store behind me. As I walked behind the register he asked me if I recognized him. I lied and told him “no”. He was wearing a good robber costume. He immediately pulled out a knife and told me to give him the money in the register. He never screamed at me. He never threaten me or made any indication that I would be harmed. The knife he had was a blunt kitchen steak knife. Like the ones you get at restaurants that have a curved tip. It is a lot harder to rob someone you know. It is hard to inflict fear into someone that you know.

The whole ordeal lasted less then 5 minutes. He was out in a hurry. First thing I did once he left the store was to lock the door. I then chained the door from the inside as well. I called the police. The operator refused to let me hang up the phone. They wanted to keep me on the phone until the cops arrived at the store. I wanted to get off the phone to call my co-worker. He lived down on the same street as the store. He could have sprinted to the store before the police had arrived.

It took 20 minutes for the first police officer to arrive. The officer knocked on the door and I opened the door. As I opened the door his first question was I closed. Looking puzzled he said “I thought this store was opened for another hour. Can I come in and just use the bathroom?” Yes, my 2nd responder was on a potty break. He was obviously annoyed that he was the first one on the scene.